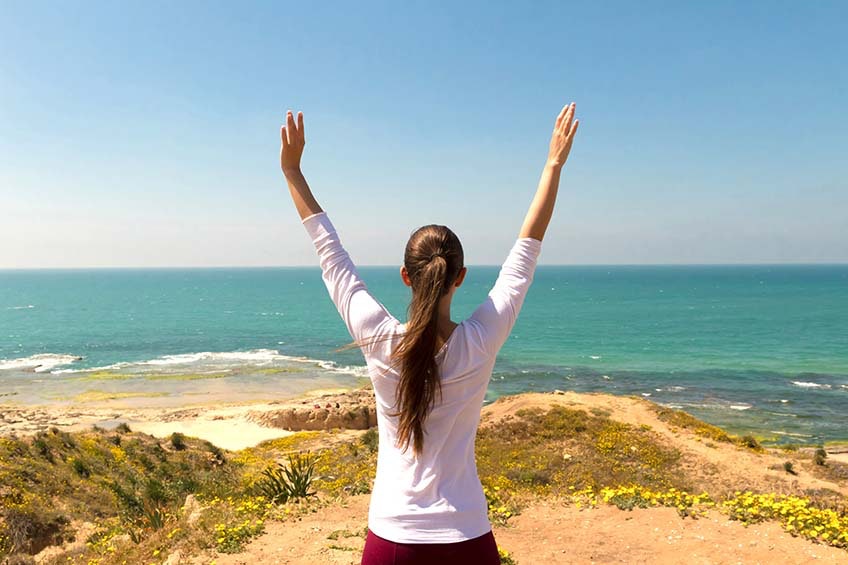 5 Reasons to take Magnesium for PMS

It’s estimated that as many as 30% of women can experience moderate to severe PMS, with 5-8% (around 800,000 in the UK) suffering severe PMS. It wasn’t until the early 40’s that PMS became documented as a medical condition and now over 50 years later research has uncovered a collection of 150 symptoms to be associated with this syndrome. Researchers continue to reveal positive results from studies that focus on natural supplements (botanical extracts, vitamins and minerals) which help support hormone balance, recalibrate neurotransmitters and settle down inflammatory prostaglandins all of which underpin the physiology of PMS. One particular nutrient that pops up in many a study is magnesium, here’s why this mineral can help turn down the volume of your monthly premenstrual dramas.

Women with PMS tend to have low magnesium status

During the 7-10 days (luteal phase) leading up to a woman’s period fluctuations in oestrogen and progesterone, nutrient deficiencies and neurotransmitter imbalances all trigger a wide-range of emotional, physical and behavioural symptoms. Science is still discovering the mechanisms behind PMS but magnesium deficiency during the luteal phase is considered to be a contributing factor. One Italian study revealed magnesium deficiency to be common in women suffering from PMS and highlighted, with a 2-month clinical trial, that supplementing 360mg magnesium daily from day 15 to the first day of the menstrual cycle helped lessen menstrual complaints. Another study by Dr Guy Abraham and Joel Hargrove, M.D, also indicated that women with PMS experienced low levels of magnesium in their red blood cells and concluded that rising stress hormones quickly depletes magnesium stores, allowing PMS to escalate.

There are many studies linking magnesium to many different aspects of PMS indicating that magnesium is an in-demand supplement for hormone balance. Many of the clinical studies use magnesium oxide but it is well-known by researchers that this form of magnesium is properly absorbed. Developments in science and technology have enabled liposomal encapsulation technology to create a liposomal form of magnesium a far superior way to deliver a highly absorbable and bioactive magnesium supplement, an ideal choice for PMS sufferers.

Researchers have found a strong connection between oestrogen hormones and migraine headaches, which is why women tend to be more impacted by migraines than men. Episodes of cluster headaches and menstrual migraine (a particular subtype of migraine occurring 2-3 days before menstruation) can be a regular and debilitating factor of PMS for many women. Low levels of oestrogen tend to leave a woman vulnerable to a headaches and migraines but it’s the actual drop in oestrogen that triggers these painful symptoms. Many women who suffer from menstrual migraines find that they become migraine free during pregnancy or after menopause as during these times oestrogen levels remain constant. Among natural products there is some evidence for supplementing with magnesium, phytoestrogens and ginkgolide B, but it’s magnesium that seems to be getting the best results. Researchers have found that a lower migraine threshold may exist because of a magnesium deficiency and that supplementing with magnesium helps to reduce the intensity of migraine pain and improve premenstrual headaches.

Around 40% of women with PMS experience increased appetite and cravings for sugar or starchy foods. Studies indicate that these women produce higher amounts of insulin during this phase of their cycle which potentiates blood sugar mis-management. Following a GI or GL diet can be of benefit. Studies indicate that supplementing with magnesium helps support insulin production, manages insulin sensitivity and helps support blood sugar control which in turn helps settle down cravings and appetite.

In 1998, a double-blind placebo-controlled trail by Dr Ann Walker published in the Journal of Women’s Health, after two months of magnesium supplementation, results revealed reduced premenstrual fluid retention, breast tenderness and bloating by 40% and significantly reduction in weight gain and swelling of the hands and legs.

By far one of the most common premenstrual issues is anxiety which effects an estimated 80% of women with PMS. This is often accompanied by tension, mood swings, irritability, and nervous tension brought about by raised levels of ‘stimulating’ factors such as oestrogen, serotonin and adrenalin without adequate ‘calming’ dopamine and glutamate. There is a link between low magnesium and the way in which neurotransmitters are released in the brain – when magnesium levels are low the release of dopamine and glutamate is also reduced. Lack of these two neurotransmitters increases anxiety-related premenstrual symptoms.

Cutting out caffeine, reducing foods high in saturated fat and lowering stress is a good place to start but supplementing with magnesium is also beneficial. A 2000 study published in the Journal of Women’s Health and Gender-Based Medicine found that the combination of vitamin B6 and magnesium supplementation produced a noticeable synergistic effect which had a positive impact on premenstrual anxiety, mood swings, irritability and nervous tension.

Another mood-related symptom associated for just under 30% of women with PMS is depression often accompanied by tearfulness, feeling overwhelmed, insomnia, clumsiness and feeling withdrawn. Calcium and magnesium work as a team in many areas of health. It’s thought that low magnesium in the luteal phase also creates low calcium and this reduces the release of acetylcholine and glutamate, triggering changes in mood and setting the scene for low serotonin and depression. In a 1991 study published in Obstetrics and Gynaecology, researchers investigated whether magnesium supplementation could improve the mood of women suffering from PMS. The results did indeed reveal that magnesium supplementation generated improvements for those suffering from “negative moods”. Including tryptophan-rich mood foods in the diet is also smart idea – bananas, egg white, turkey, chicken, fish, yoghurt, cottage cheese, peanuts, oats and pumpkin seeds.

PMS is a multi-factorial condition influenced by nutritional deficiencies, lifestyle factors, neurotransmitter balance and hormone fluctuations that all women are likely to experience in some point in their life. Making dietary changes, reducing alcohol intake and increasing exercise all help to keep hormones in balance. Supplementing with magnesium offers tremendous support during times when the stress of life unsettles the natural rhythm of your menstrual cycle. This mineral has been shown to be helpful for many of the symptoms associated with PMS.