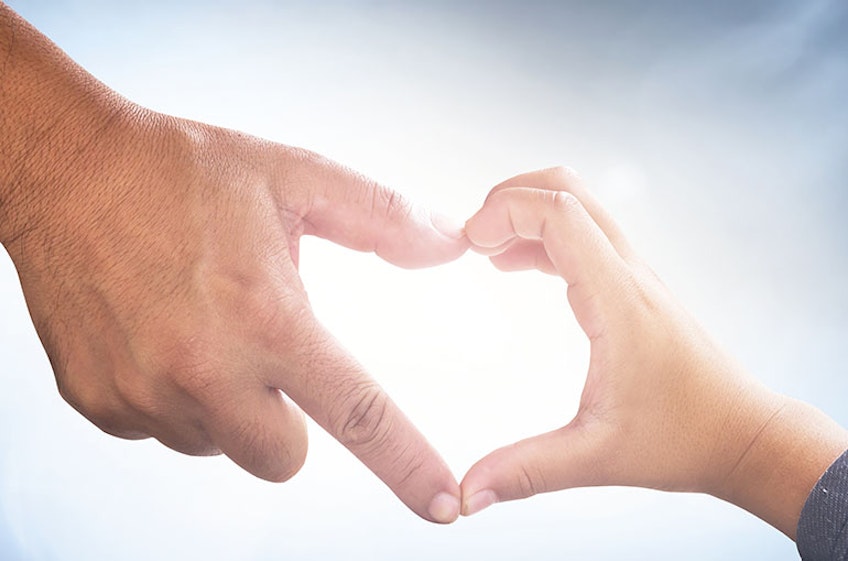 Autism – Can Glutathione and Vitamin C make a difference?

Autism has been studied extensively and increasing research is indicating that nutrients like Glutathione and Vitamin C could be useful for supporting some of the problems associated with this complex condition.

You may very well have heard of Autism, but perhaps don’t know the extent of its impact on a person’s life. Autism is on the increase and at the last estimate, as much as 1% of the entire population of the world was affected by this condition.

Autism spectrum disorder (ASD) is a complex developmental disorder; which affects an individual’s ability to interact socially and communicate with others and has lifelong consequences.

It usually appears during childhood and is characterised by certain sets of behaviours. It affects people differently and in varying degrees and is therefore known as a ‘spectrum condition’.

Aggression, anxiety, insomnia, gastrointestinal problems and hyperactivity are also commonly seen in ASD. A person on the spectrum may display many of these symptoms and behaviours or perhaps just a few.

Unfortunately effective treatment for children has yet to be discovered, however, studies do show that increased awareness and an early diagnosis followed by intensive behavioural intervention leads to significant improvements.

Despite decades of research on ASD, there are still few explanations for the cause of this complex condition and limited treatments. Current opinion is that there are several potential causes of ASD, but the general consensus is that multiple factors are involved.

Both genetic and environmental components are thought to play a part in the progression of ASD as well as immune dysfunction and toxicology. There is also some evidence to suggest that abnormal gastrointestinal function - often seen in children with ASD, could contribute to or even be the cause of some of the symptoms.

What is clear is that it would be difficult to isolate one single pathway as a cause for this condition, therefore, a multi-tiered, holistic approach to treatment is advisable if you are caring for someone with ASD.

If you feel more comfortable adhering to conventional treatments, your GP will probably recommend a combination of behavioural and dietary therapy combined with antipsychotic drugs. However, you should be aware that these medications only treat symptoms such as irritability and have no effect on the core symptoms.

In addition to this, they are often accompanied by considerable side effects such as weight gain and drowsiness. Type 2 diabetes is another undesirable risk associated with taking anti-psychotic drugs.

Dealing with the complexities of Autism is often emotionally challenging and stressful, which is made more difficult by the limited treatments and lack of support.

More and more families are pursuing Complementary and Alternative Medicine (CAM) therapies and seeing a lot of positive results despite the limited research studies available on these interventions.

However, more evidence is accumulating that some CAM therapies can help to improve a number of physiological abnormalities associated with autism.

Interventions that reduce factors such as oxidative stress, immune dysfunction, inflammation and exposure to environmental toxins may significantly improve the core symptoms.

A targeted approach to these symptoms combining selected CAM therapies alongside conventional treatments opens up the possibility of restoring optimal health and functioning.

This is a review of some of the CAM therapies available. This list is not exhaustive and there may be other valid treatments that have also been studied or are currently being researched.

Children with ASD are reported to show improvements in behaviour when they are given a diet free of the proteins gluten and casein.

The theory behind this diet is that some children with ASD are unable to break down the proteins in foods containing gluten and casein.

These proteins are common allergens and have been linked to adverse brain effects because of the opioid-acting peptides present in them.

Trials to date have provided poor evidence of any clear benefit in this type of diet; however, this regime is still being studied.

Children with ASD often have intolerances to a wide range of foods as well as sensitivities to food additives, and foods high in salicylates, phenols and oxalates.

Making dietary adjustments can be worth investigating and may bring quick relief from many of the gastrointestinal symptoms often associated with ASD.

It is crucial when implementing dietary changes that you take care not to restrict a child’s diet to the extent that there may be nutritional deficiencies.

It is recommended that you consult a nutritional therapist for professional advice.

It is widely accepted that fatty acids help with the development and function of the brain. These benefits are also associated with reduced autism-related symptoms such as hyperactivity and repetitive behaviour. An improvement in socialisation has also been observed in some studies.

Insomnia is common amongst children with ASD, with over half experiencing sleep disorders. Melatonin is produced in the brain and helps to regulate the sleep-wake cycle. There is growing evidence to suggest that nightly supplements with melatonin can help children with autism to fall asleep.

A number of trials have identified the benefits of touch therapy and massage. Fewer symptoms have been reported following a course of this type of therapy.

All of these therapies are thought to give autistic children the opportunity to develop social and communication skills. Giving them the tools to express their feelings without the need for conventional language.

Some studies into music therapy have shown that it reduces symptoms for those with ASD and can develop speech and language skills.

While there is little scientific research to prove that these therapies are beneficial, anecdotal evidence suggests that the behaviour and communication skills of children with ASD do improve.

A few studies have recently emerged showing promising results for the use of Glutathione and Vitamin C. Interest in these nutrients is growing because of their beneficial effects on some of the underlying processes that result in the symptoms of ASD.

They have the added advantage of being safe and well tolerated, so it’s worthwhile trying them as part of an integrated treatment regime.

Growing evidence suggests that oxidative stress is a factor in the development of ASD. Oxidative stress refers to an imbalance in the generation and detoxification of substances known to be associated with damage to cells.

Interactions among the gut, brain and immune system are intricate and are extremely sensitive to oxidative stress and damage from toxic substances.

Although these toxic metabolites occur as part of normal bodily processes, if they are not removed appropriately they can accumulate and this is when damage occurs.

Countering oxidative stress is achieved with the help of antioxidants.  In particular, Glutathione which is a major antioxidant and plays a crucial role in protecting the cells in your brain and central nervous system from toxins.

Reduced levels of Glutathione can substantially impair your body’s ability to eliminate heavy metals, which have been implicated in ASD.

Numerous studies have reported low plasma levels of Glutathione in individuals diagnosed with ASD. Further findings indicate that ASD is linked to a deficiency in the glutathione defence systems in selective regions of the brain.

Since children with ASD often have restricted diets eating a narrow range of foods, supplementing may be appropriate. Parents can be reassured that supplementing with Glutathione is safe and well tolerated and has been shown to improve symptoms by reducing the impact of oxidative stress.

However, standard oral Glutathione is not well absorbed. Researchers have found that using Glutathione encapsulated in liposomes is a far superior method of delivery as it is more readily absorbed into the circulation and better utilised by the body.

Vitamin C has numerous vital functions in the body, contributing to a range of metabolic pathways. As a co-factor for the production of neurotransmitters, it is important for brain health and is also well known for its antioxidant function and immune support, both of which are thought to be factors in the development of ASD.

A small study reported promising results for this well-known antioxidant.  It was seen that compared to a placebo the vitamin C administration significantly reduced stereotypical behaviours normally seen in ASD, such as rocking, pacing, whirling and flapping.

Additionally, no adverse effects were noted. Vitamin C is generally safe and well tolerated if given at recommended doses and within the diet.

Before proceeding with a therapy, make sure it is safe and discuss it with your GP.  Go at a pace that suits your child - try changing just one thing at a time and monitor the outcomes.

Are ketogenic diets the new route to effortless weight loss?

Every January we hear about new healthy eating plans designed to help us shape up and lose any residual festive kilos. Why waste your time on a wellness plan that hasn’t already been put through its paces? Nutritional Therapist, Jackie Newson explains why ketogenic diets, which typically follow a high fat, low carb style of eating, that’s been tried, tested and perfected over the last century, makes light work of successful dieting.